Kim Kardashian West on the Cover of May 2019 Edition.

Kim Kardashian West talks about how her husband Kanye West is dealing with Bipolar Disorder,
the famous whitehouse meeting and preparing to take the bar in 2022.
Make sure you go and read the interview Kim did with Jonathan Van Meter and check out the photos taken by Mikael Jannson. The Vogue Crew got to hang out with Kim Kardashian and her kids.

Messy messy messy. Here we have Kim Kardashian come out of her hotel on her way to airport to go home. Kim Kardashian came out strutting with this beautiful coat on with her very first time wearing a Chanel jogger from the 2014 fall collection. She has master the concrete catwalk runway. She get to van and notice her daughter North West was not there. So she strut back without the coat on to show her back side for a photo op to go and retrieve her daughter. What mother does this just to stay revelent for fame and to be mention in the media? This is so sad. No matter what excuse this family give this video just take the cake. How can she walk out without her daughter to go home? #kimkardashian #northwest #nori #kanye #kanyewestinparis #yeezys #kendalljenner #kyliejenner #khloekardashian #krisjenner #celebrityevents #celebritygossip #celebritynews #chanel #paris #parisfashionshow After waiting for the big reveled on who would be on the cover of this publication I guess they decided to show that it is Beyonce Knowles.  Beyonce sure do bring the heat on anything she touch.

The magazine wrote “The empress of pop meets a force of fashion. In her first collaboration with Carine Roitfeld, the ever-changing Beyoncé expresses her many moods, manners, auras, and multifaceted characters. All hail!” 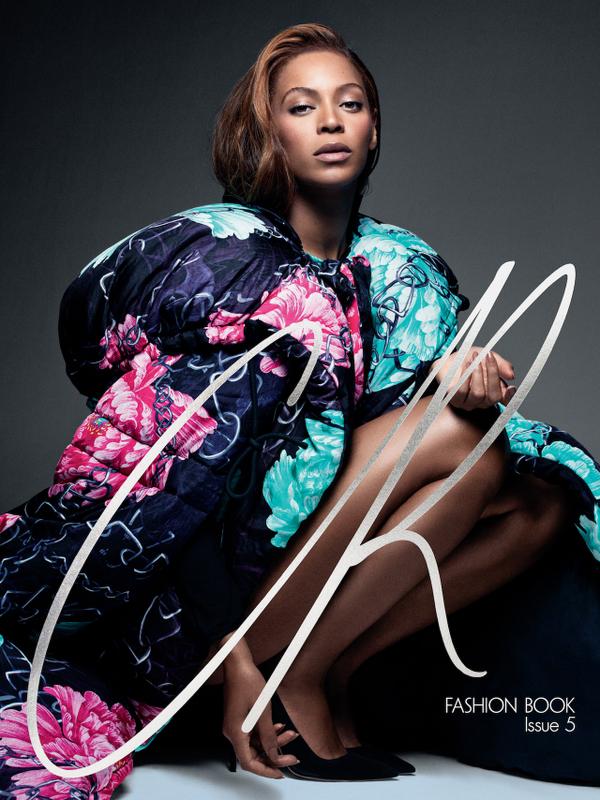 MATERNAL INSTINCTS: Kim Kardashian may have given birth to daughter North West in June, but in the upcoming issue of Carine Roitfeld’s CR Fashion Book, the press-hungry reality star is pregnant again. That’s part of the territory of publishing a biannual magazine, as Kardashian was shot for the title’s cover feature back in May, just before the year’s second-most-famous newborn made her way into the world.
Roitfeld spun the prenatal images as a “precious moment of Kim’s pregnancy that people haven’t seen” — and the ideal tribute to the issue’s theme of hope. “Pregnancy is something that I always love. It’s about hope and the future and a new baby,” she explained.
Roitfeld was careful to distinguish CR Fashion Book from the celebrity weeklies that rabidly track the Kardashian clan’s quotidian activities. “This is not something for a gossip magazine that goes into the trash. This is a magazine that is a collector’s item,” she claimed.
The CR Fashion Book shoot was lensed by Karl Lagerfeld and art-directed by Riccardo Tisci, who are both tight with Roitfeld. The editor gave credit to Tisci — who is a friend of Kanye West, Kardashian’s fiancé and father of North West — for coming up with the idea.
The shoot at Lagerfeld’s private photography studio in Paris was the night before the high-wattage amfAR gala in Cannes, France. “Karl likes to shoot in the evening,” said Roitfeld of the session, which stretched to about 2 a.m., with Roitfeld flying to Cannes the following morning. “It was hard work. I’m a grandma. But I learned from Karl to never be tired.”
The results display Kardashian in her full, gravid glory, under the heading “Miss USA.” The layout includes images of her exposed belly, another where she dons a Yankees cap and one where her pout is smeared with jam.
“What I try to do with this magazine is work with people who are family — like Riccardo and Karl and Tom [Ford] and Hedi [Slimane]. I like the idea of mixing people,” said Roitfeld of the Tisci-Lagerfeld pairing. “Riccardo is not frightened by Karl. A lot of people are frightened by Karl — he’s a legend and an icon. But Riccardo is very cool with him. They have fun together.”
Also in the 340-page issue, on newsstands Sept. 12, Slimane contributes a quartet of portraits of young male artists and Gus Van Sant offers up a portfolio of his own paintings, male nudes in landscapes. A Bruce Weber shoot graces the reverse cover of the magazine, featuring model Emily Ratajkowski in a threesome. (Her previous claim to fame was prancing nearly nude in Robin Thicke’s controversial “Blurred Lines” video.) Inside, Karlie Kloss frolics topless in the Montauk, N.Y., surf for Weber’s camera.

Here is my thought on these pictures of Kim Kardashian while she was pregnant.  She should had told them HELL NO.

Its bad enough that Kanye friend Ricarrdo Tisci, had her looking a hot mess at the MetGala 2013 by Vogue and now these horrible pictures. .

Kim Kardashian is not Haute Couture. or even high fashion.  Sorry Kim I was rooting for you but once again you let your babydaddy boyfriend clown you once again.

I guess we can say the excited of this runway show was the collection of every shade, background, personality, and characters of a black man.  That’s right folks this collection featured every delicious shade of a black man that look so YUMMY.

Watch the Full Show Below:

New York magazine released a cover that was originally under consideration (pre Boston bombings) featuring Anna Wintour as a punk, illustrated by Darrow. La Wintour ended up wearing floral CHANEL couture, but this cover is literally giving everything.

I guess people are doing things to stay in the spot light.  Here we have Atlanta based female rapper DiamondATL with a brand new sexy tattoo.

Diamond tweeted her new tattoo but once her fans start clowning her she deleted this special moment.

So what do you think of Diamond new tattoo?

Any cookies that may not be particularly necessary for the website to function and is used specifically to collect user personal data via analytics, ads, other embedded contents are termed as non-necessary cookies. It is mandatory to procure user consent prior to running these cookies on your website.